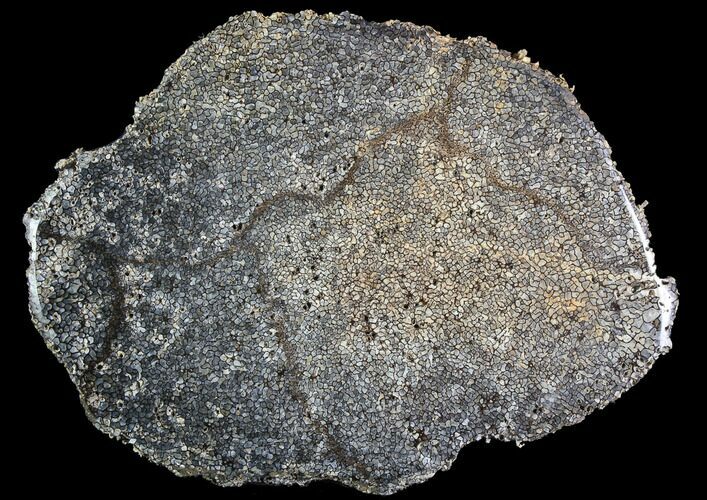 This is a rare, cut and polished bone of a British sauropod dinosaur, Duriatitan humerochristatus. It was collected from a gravel pit in Abingdon, Oxfordshire, England. The transverse-cutting and polishing of the bone allows for presentation of the bone cell structures and the natural mineralization that occurred, within. You really don't see British or European dinosaur material on the market very often. Comes with an acrylic display stand.