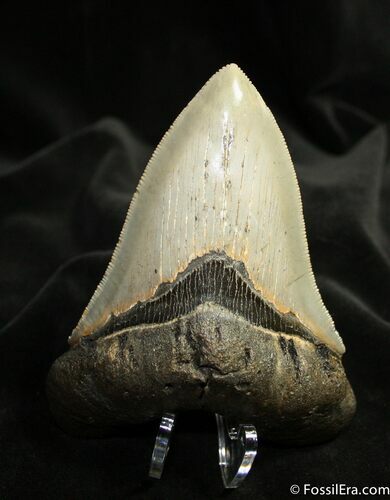 This 4 1/4 inch long North Carolina Megalodon tooth has some truly killer serrations. You can feel how sharp they are by running your finger along the edge of the tooth and the tip is nice and sharp. The blade is in GREAT shape and the bourrelette is in good condition also.

Portions of the root have been professionally RESTORED in this tooth, hence a price significantly less than what you would expect for a tooth that looked this nice with no restoration.