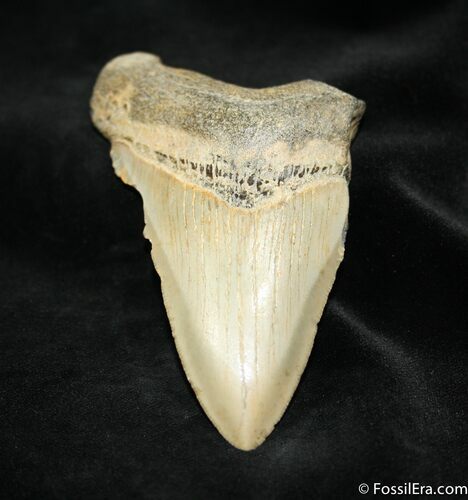 Here is a very dagger-like 4 1/4 Inch Megalodon tooth collected off of the SE Atlantic Coast (North or South Carolina) It has a nice tip to it, and visible serrations along the edges.