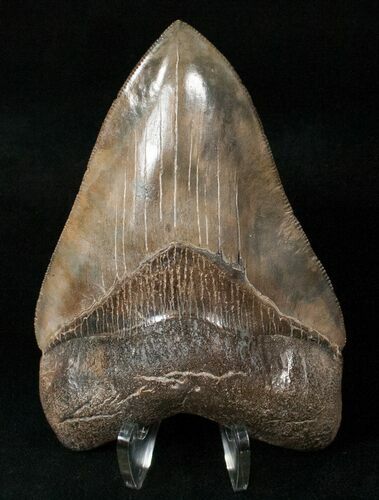 This is a top quality, 4.26" long Megalodon tooth collected south of Savannah, Georgia. It has gorgeous enamel preservation, a great shape and good serrations. The multi-toned, glossy enamel is particularly beautiful. Comes with an acrylic display stand.