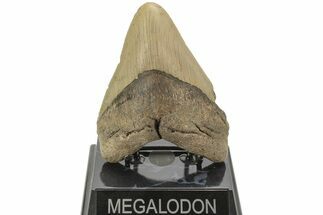 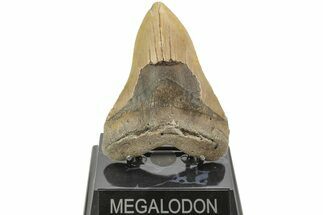 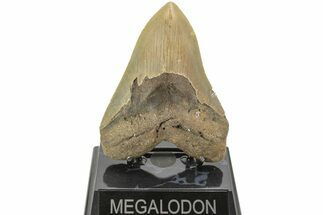 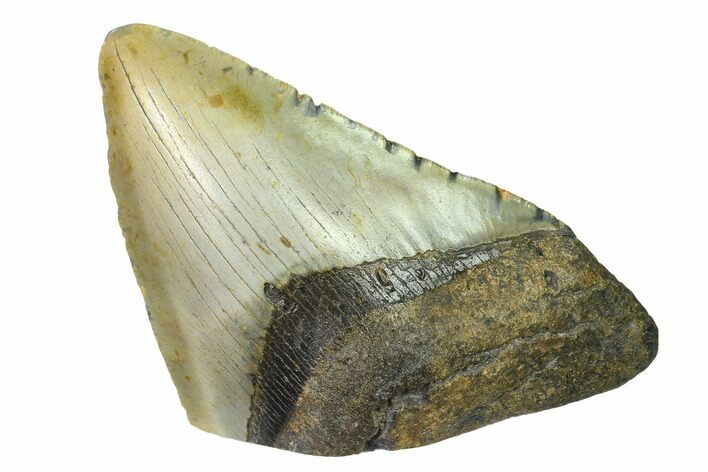 This is a 4.3" partial, fossil Megalodon tooth found off the coast of North Carolina. A tooth of this size would have come from a prehistoric, mega-shark in the 35+ foot size range. A true whale eating monster of the Miocene seas. The broken side has been cut flat, so that it sits up nicely on a flat surface. It could act as an unique paperweight. 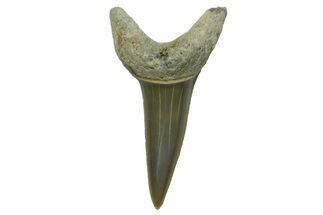