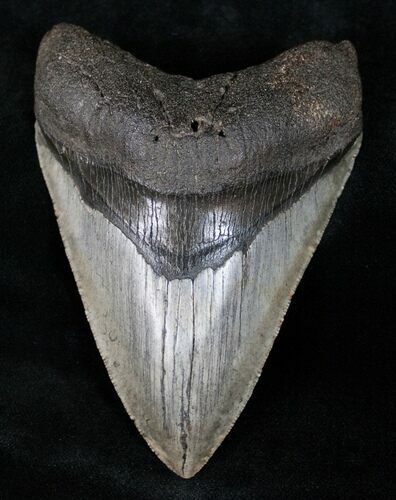 This is a beautiful 4.39" long Megalodon tooth fossil from the Cooper River of South Carolina. It has a nice shape to it, most of the serrations are still visible and it comes to a nice tip. This tooth would have come from a prehistoric shark in the area of 35 feet in length. It comes with an acrylic display stand.