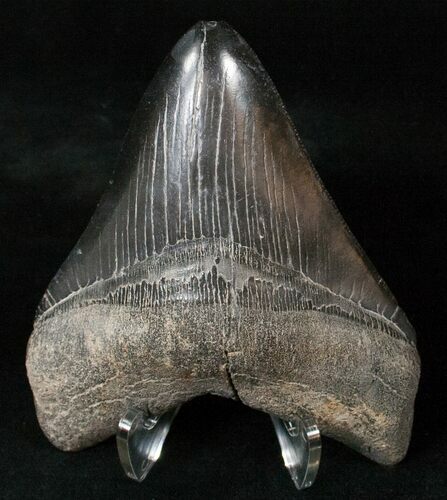 This is a nice, jet black 4.39" long Megalodon tooth. A tooth of this size would have come from an adult, Megalodon shark in the the 35 foot size range. The enamel on this tooth is in great condition but the serrations and tip have been work. Includes an acrylic display stand.

At 4.39" long this a monster fossil Megalodon tooth and would have come from a large adult

shark. It was collected by a diver off the South Carolina coast after it eroded out of the Miocene aged Hawthorn Formation. This tooth displays very impressively on the included stand.