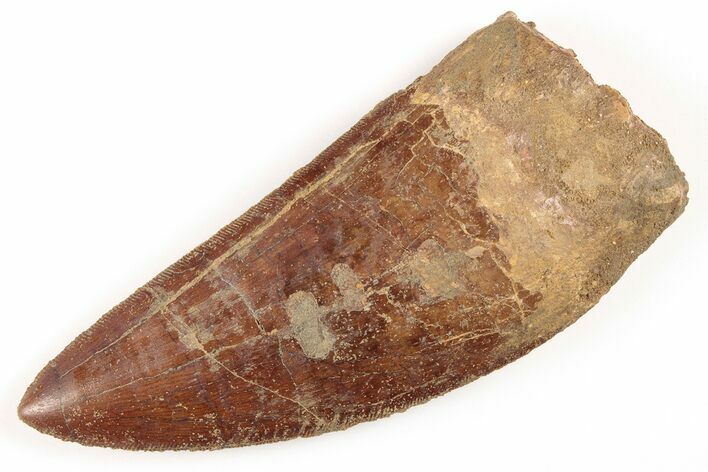 This is a huge, 4.41" long Carcharodontosaurus tooth from the Kem Kem Beds of Morocco. It's rare that you get Carch teeth of this size in this nice of condition. Most of the large teeth you see on the market are heavily restored or composites.

The tooth has a wide, knife-like blade with visible serrations on both edges. The tooth has some glue stabilization where it was fractured/crushed by geological forces while in the ground in addition to some natural fracturing. There is some gap filling and reconstruction to the base of the tooth. This tooth is quite wide and impressive to hold in the hand. 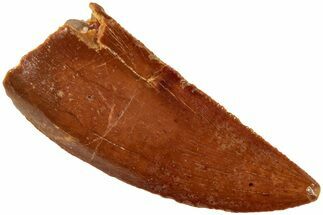