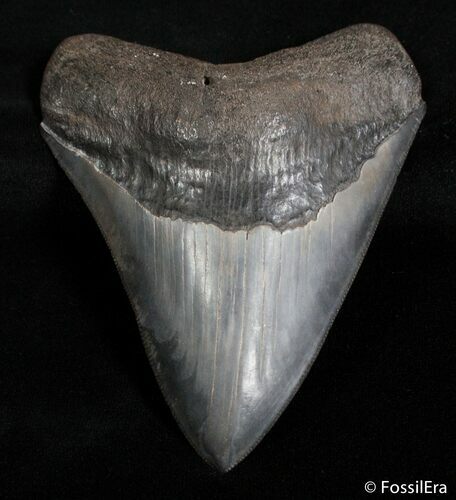 This is a really sharp 4.42 inch long, river collected, Georgia Megalodon tooth. You can run you finger along the edge and feel the knife like serrations. It has beautiful enamel preservation and displays well on the included acrylic stand. It's really a quality tooth.