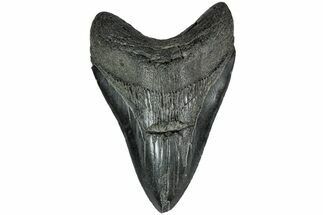 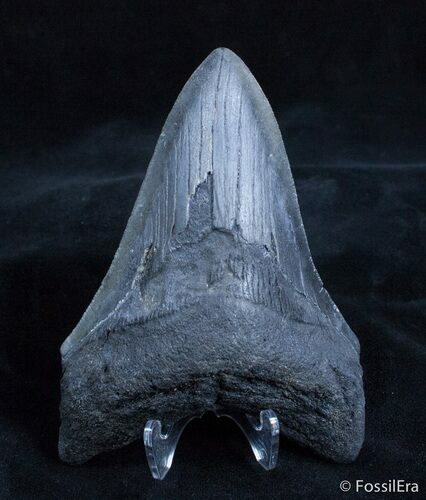 Here is a very nice 4 1/2 inch long Megalodon tooth from Georgia with a beautiful dark black coloration. The blade is nicely shaped. There serrations are a bit worn but are still visible and the root is in good shape. All around a great meg tooth for the price. 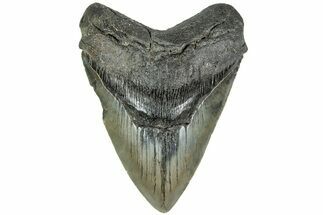