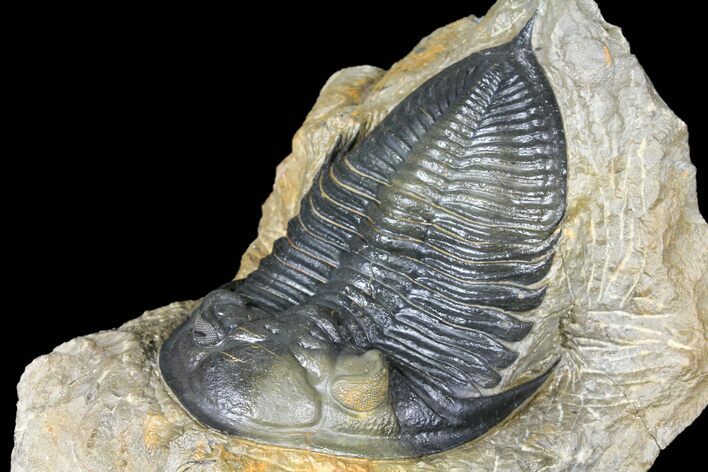 This is a large, 4.5" long (if oustretched) specimen of Zlichovaspis rugosa from Atchana, Morocco. The preparation is excellent on this piece and the eye facets are nicely preserved in both eyes. There is no restoration on this piece.