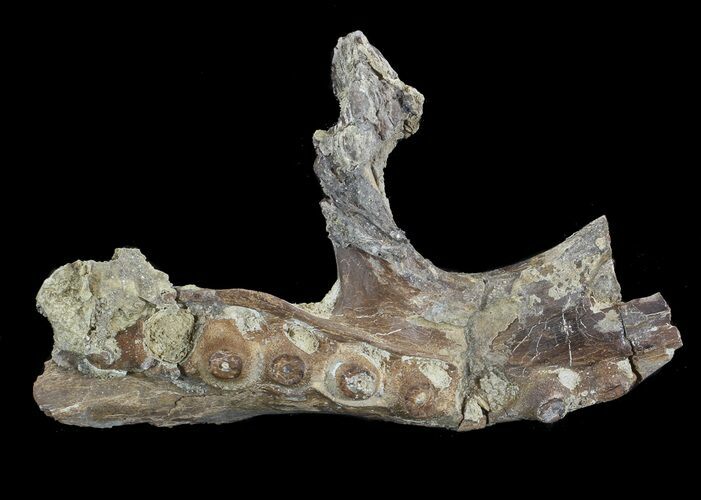 This is a 4.5" long ptergoid of a Mosasaur, Platecarpus. The pterygoid bones make up the hard palate of the mosasaur's mouth. It is likely that these teeth were an adaptation to feeding while swimming in the ocean and helped in holding prey while swallowing. Typically, mosasaurs swallowed their prey whole, much like modern snakes. Without the pterygoid teeth, the process of swallowing slippery, struggling prey would have been much more difficult in mid-ocean.

It comes from the Late Cretaceous, Smoky Hill Chalk in Gove County, Kansas. There are several repaired cracks in the piece.