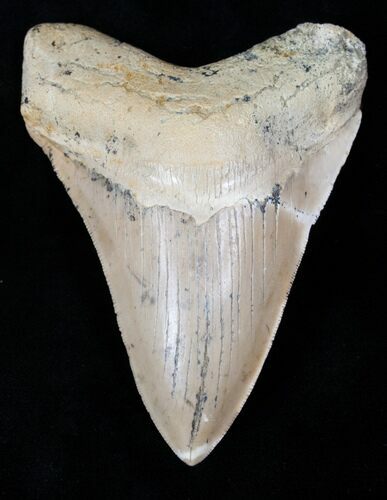 This 4.51" Megalodon tooth is a rare land find from South Carolina. It's in great shape compared to many Megalodon teeth, found on land which are often heavily damaged by the acidity in the soil. The blade is in great shape with a good tip and many serrations still present.

There is been a small amount of RESTORATION done to the tooth. A small portion of enamel on in the left hand corner just above the root was restored.