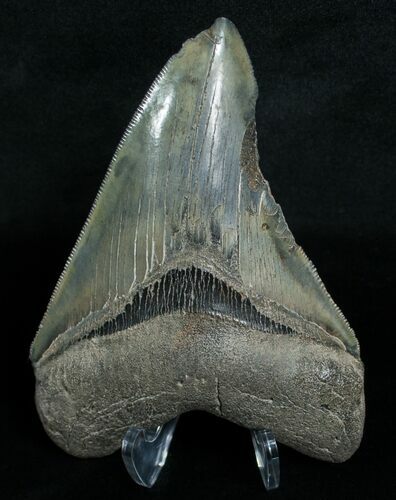 This is a 4.51 inch long tooth from the prehistoric, mega-shark, the Megalodon. It's a river find from Georgia and has beautifully colored enamel, sharp serrations and a robust root. There's some damage to the tip and the right edge but it's still a very impressive tooth for the price. It comes with the pictured display stand.