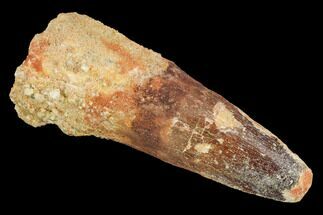 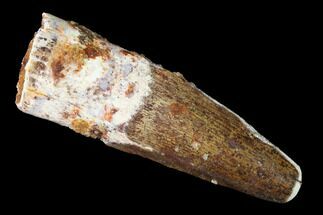 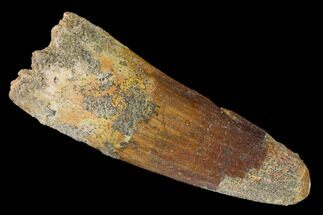 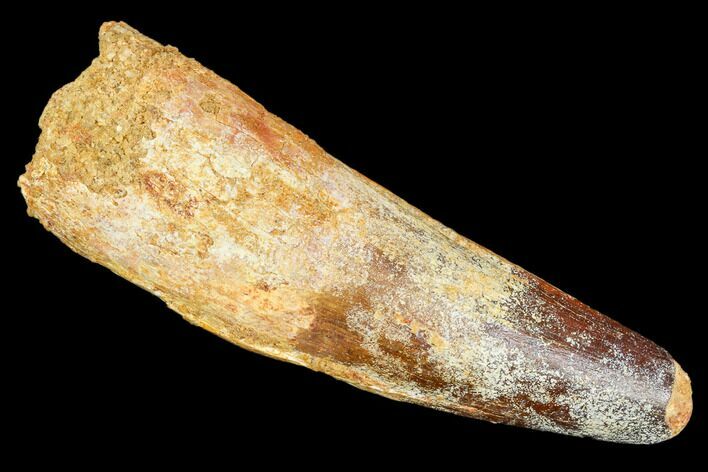 This is an authentic, robust fossil tooth a Spinosaurus, the largest known meat eating dinosaur. It is from the Kem Kem Basin in Morocco and is Late Cretaceous in age, approximately 95 million years old.

The enamel on this tooth is pretty weathered and there is some feeding wear to the tip, but it's a really big, fat spino tooth, and impressive due to the size. 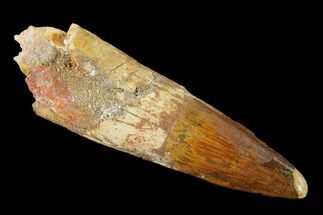 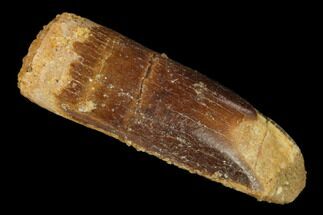 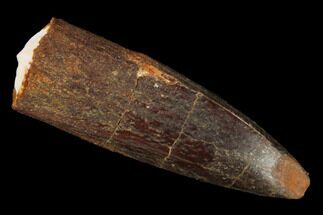 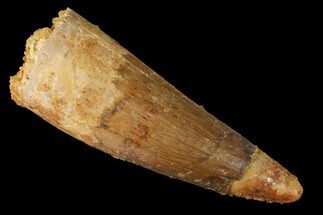