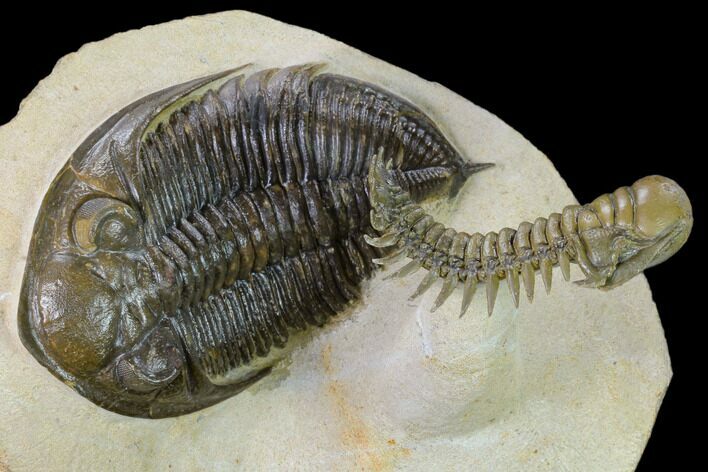 This is a stunning association of two different types of trilobites from the Lhandar Formation near Atchana, Morocco. There is a large, 4.6" long Zlichovaspis rugosa naturally associated with a 2.8" long Crotalocephalina gibbus. They have been carefully prepared to remove the hard limestone surrounding the fossils leaving them in a spectacular pose.