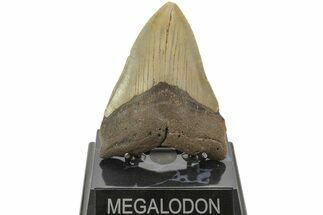 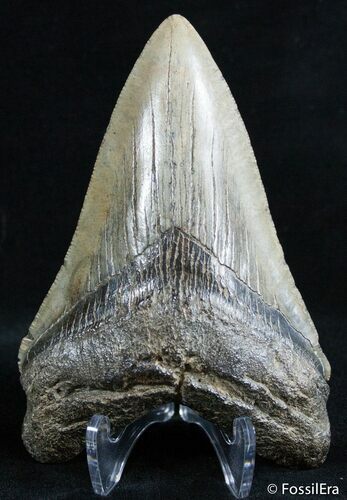 This is a nice 4 1/2+ inch Megalodon tooth from off the coast of South Carolina. It's complete, in good shape with nice enamel. The serrations are a bit worn but still visable and the tip is not damaged like the majority of teeth. It's a beautiful tooth for the price and comes with the pictured acrylic display stand.