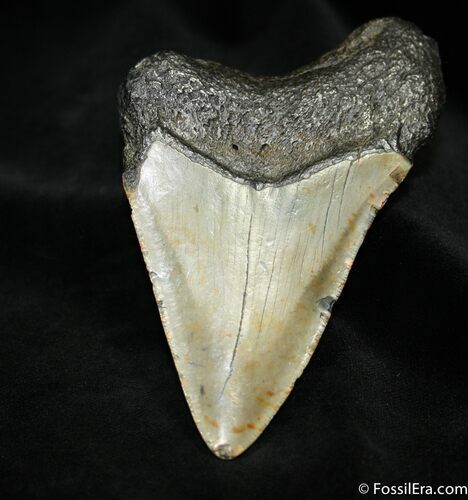 Here is a nice large tooth from possibly the most menacing predator to ever swim in our seas the Megalodon. At 4.61 inches it's a tooth from an adult shark, probably 30-40 feet in length. It was collected off the SE Atlantic Coast, either North or South Carolina after it weathered out of the 4-7 million year old Hawthorn Formation.