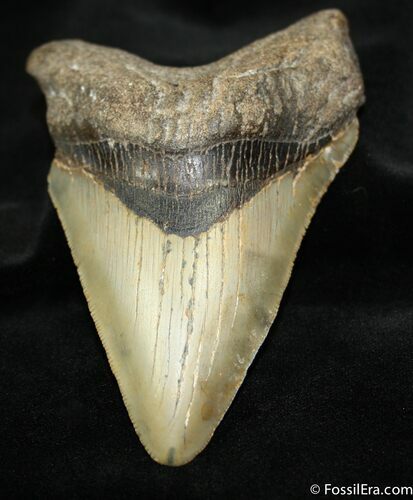 Here is a 4.69 inch long tooth of the prehistoric, monster shark, the Megolodon. It was collected in North Carolina and is complete showing some nice serrations along the edges. It's really an impressive tooth.