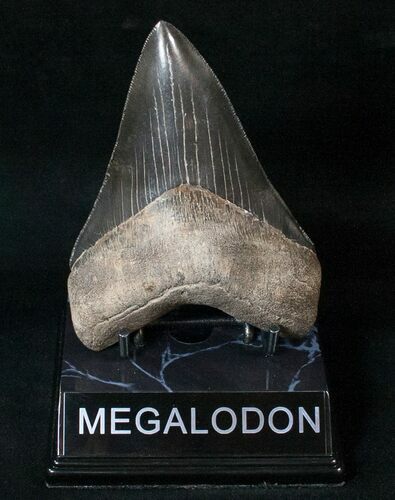 This is an excellent, jet black and sharply serrated 4.89" long Megalodon tooth collected near
Sunbury, Georgia. The black enamel on the blade of this tooth is glossy and nearly flawless. The root is robust and it has a good tip. Comes with the pictured display stand.