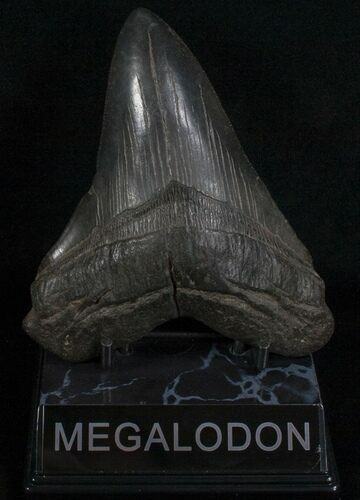 This is a dark black, 4.94" long Megalodon tooth collected from the Hawthorn Formation of Georgia. It would have come from a large adult, mega-shark The tooth is in nice shape with good enamel preservation and most of the serrations are still visible. It comes with a custom "MEGALODON" stand to show it off.