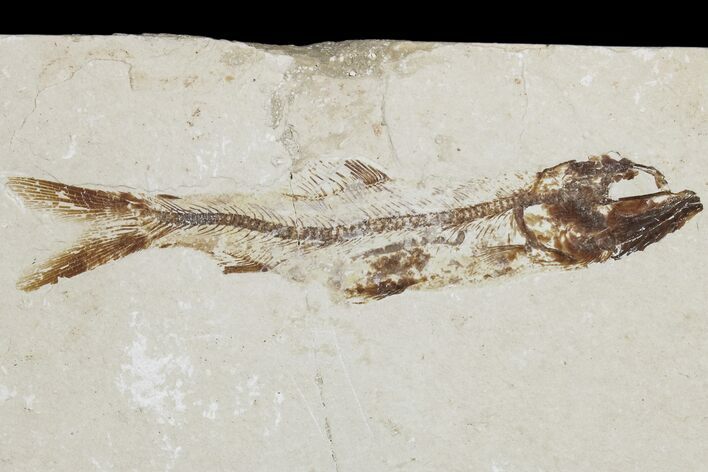 This is a fossil fish (Davichthys) from the Upper Cretaceous marine deposits near Hakel, Lebanon. The fish is 4" long and shows bones and fin rays. There is a repaired crack through the rock, however the fish has not undergone any restoration. 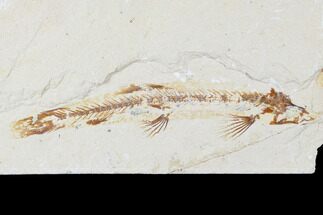