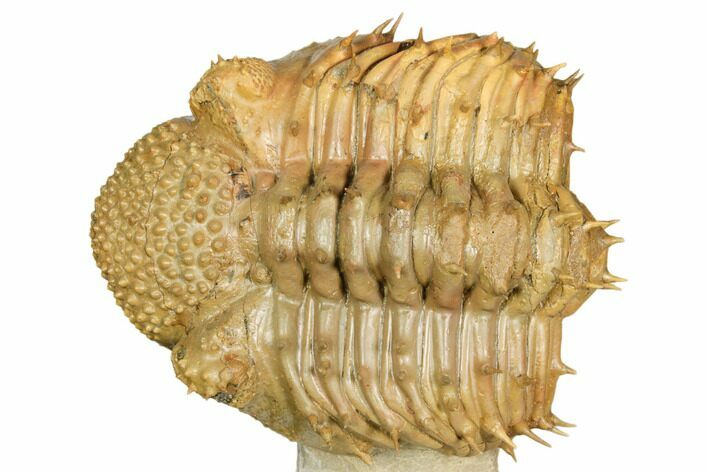 This is a colorful, super-spiny, enrolled Drotops armatus trilobite which would be about 6" long if outstretched. It comes from the Bou Dib Formation near Mrakib, Morocco. It has been exportly prepared to remove the hard, surrounding limestone and leave it perched on a pedistal of rock. There is about 4-5% restoration on this specimen. Most of the spines are original though there many have been reattached during preparation and only a handful look fully restored. 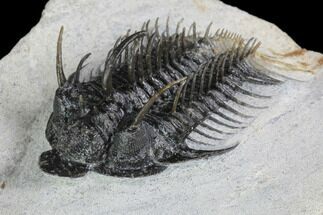