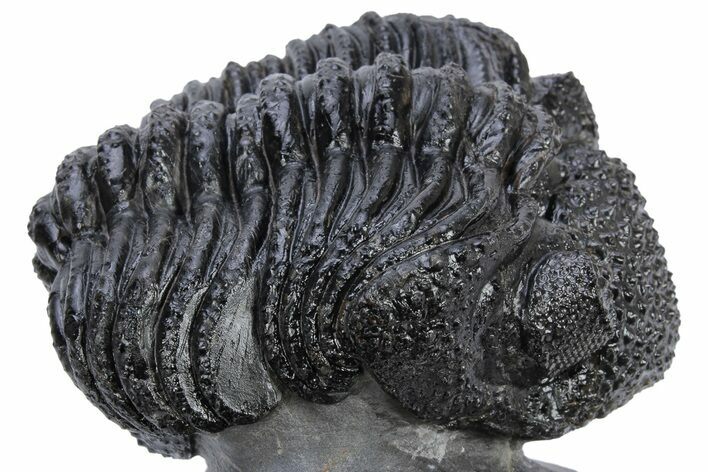 This is a partially enrolled specimen of the giant phacopid trilobite Drotops megalomanicus. It has excellent, dark black shell which is covered in tiny bumps. There is some compression but the shell detail and eye facets are excellent.

About 3% shell restoration along repaired cracks on both sides.