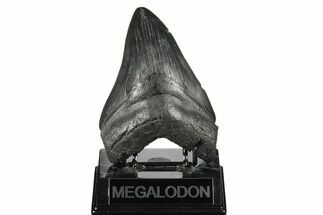 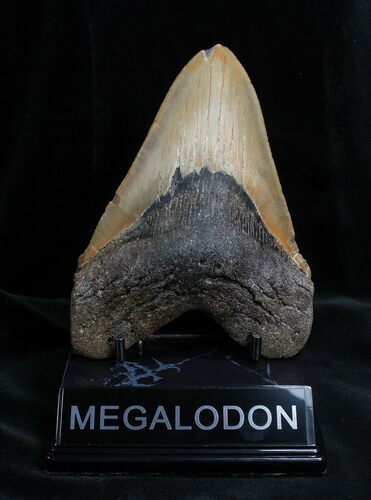 Here is a nice complete 5+ inch Megalodon tooth from the Hawthorn Formation of North Caralina. It's in overall nice condition, with visible serrations, a nice looking blade and a very large/robust root. There is some minor natural feeding damage to the tip. It comes with a custom "MEGALODON" stand to display this impressive find.