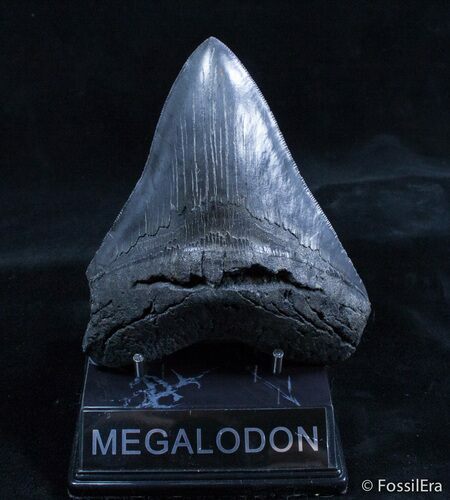 This is a very nice dark black, 5 inch, Megalodon tooth from Georgia. The serrations on this beauty are near perfect and the tip on the tooth is very nice. There is a chip off of the right side of the root but overall is a very impressive Megalodon tooth. It comes with the pictured, custom display stand to show it off.