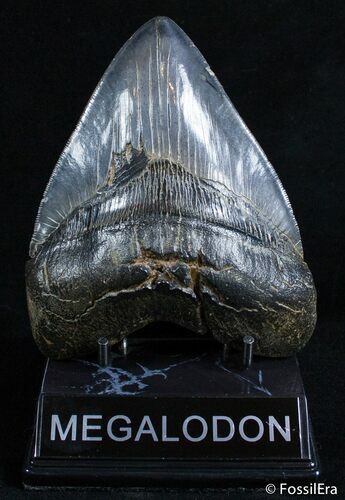 This is a big, fat, high-quality Megalodon tooth collected near Beaufort, SC. It's not often you see large teeth with serrations this nice. It has beautiful glossy enamel.

There is no repair or restoration on the took and it comes with the pictured custom display stand.