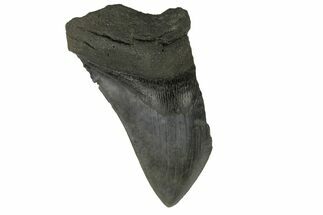 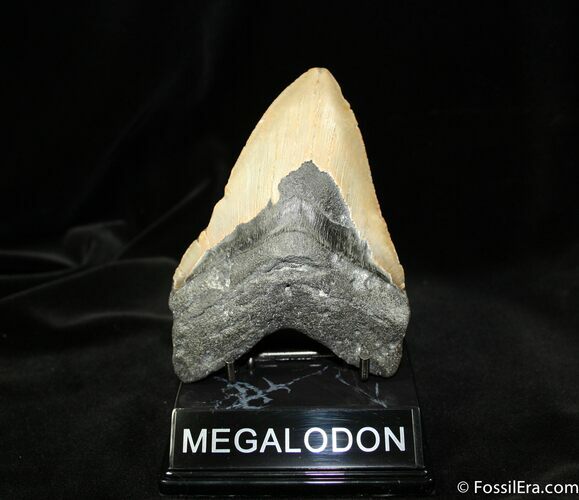 Here is a nice large 5+ inch long tooth from the prehistoric, mega-shark, the Megalodon. It was collected by a diver in North Carolina after it eroded out of the Hawthorn Formation. The tooth is complete with a great root and nicely shaped blade. It comes with a custom "MEGALODON" stand to show off how impressive it is. 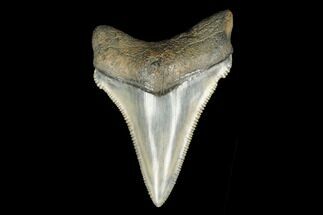