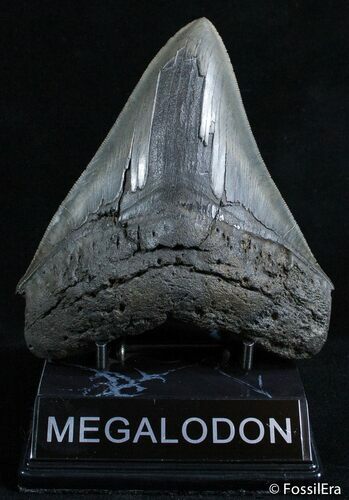 This 5 1/4 inch long Megalodon tooth has some killer serrations and a great tip. You can really picture this beast ripping through through whales 5 million years ago. Other than the enamel peels on the front side this monster tooth is in great shape. You don't often see serrations this sharp on the larger teeth. The back-side enamel is beautiful.

The tooth has no repair or restoration and comes with the pictured Megalodon stand.