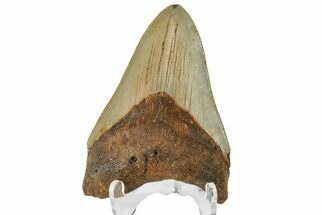 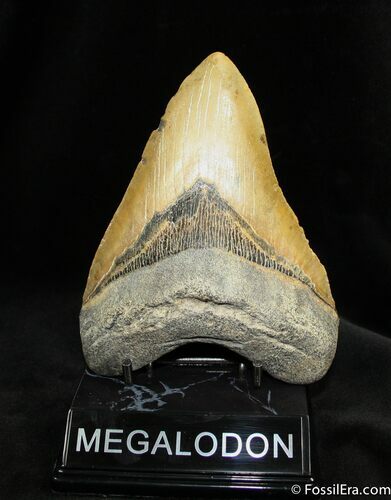 Here is a nice big 5.35 inch tooth from the prehistoric, monster-shark the Megalodon. It has no repairs or restoration and displays well on the included "Megalodon" stand. 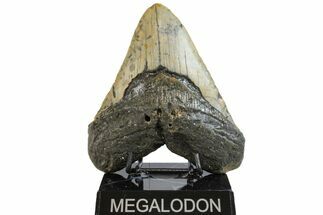