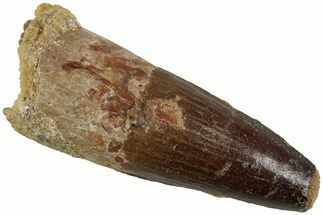 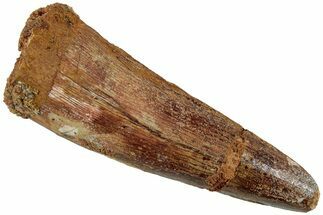 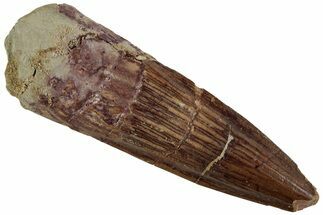 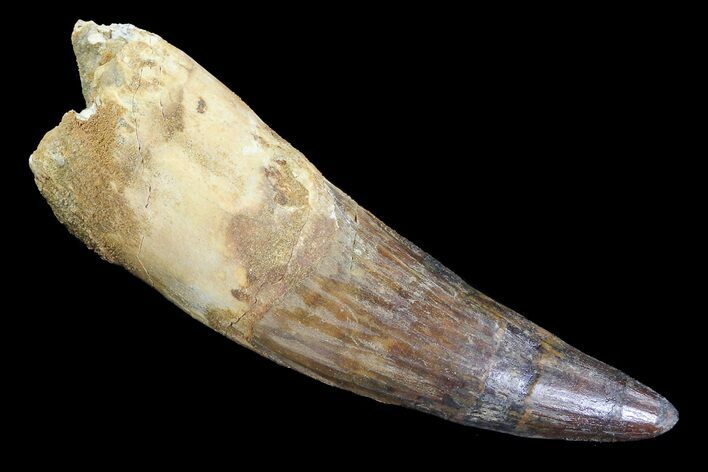 This is a monster, 5.61" long tooth a Spinosaurus, the largest known meat eating dinosaur. It is from the Kem Kem Basin in Morocco and is Late Cretaceous in age, approximately 95 million years old.

At over 5" long this is a monsterous tooth, but it's a composite meaning it was constructed from two partially complete teeth which the break being about 1 1/2" from the tip. 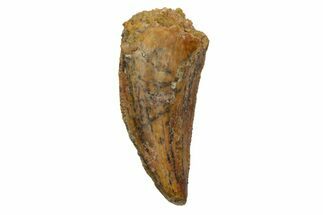 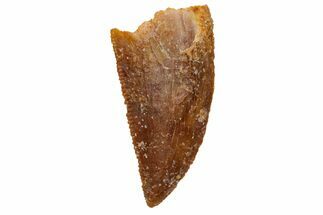 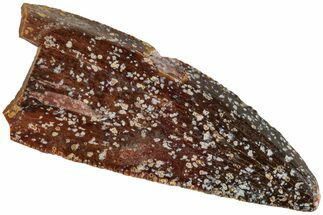 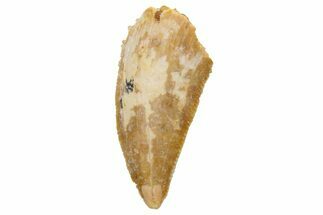 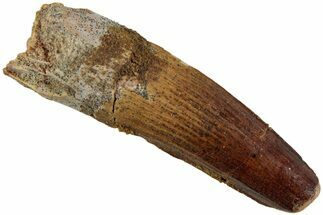 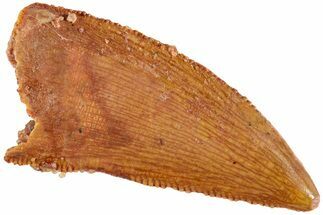