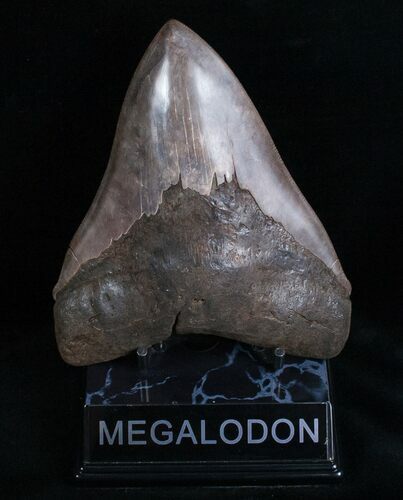 Check out the serrations and tip on this huge 5.55" Megalodon tooth. The serrations and tip are razor sharp and nearly prefect. It's very rare to see large meg teeth that are still this sharp. This is a river find from Georgia, with the distinctive coffee colored enamel do to the minerals in the water. It comes with the custom Megalodon stand to show it off. Like nearly all the teeth we sell, no restoration or repair. 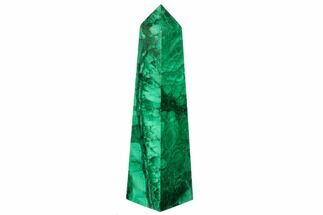