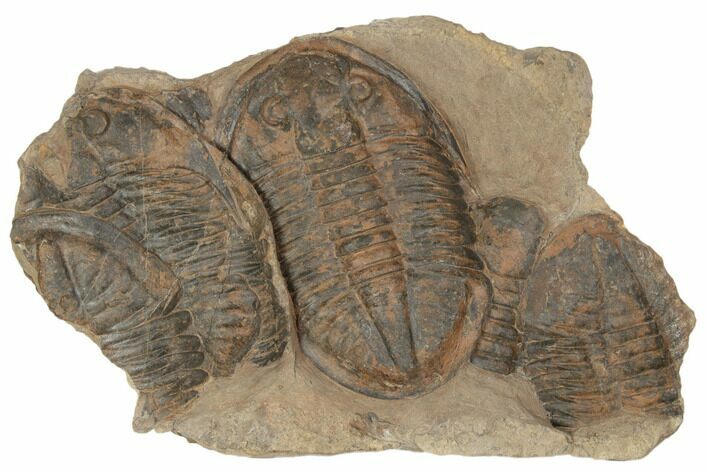 Here is a nicely preserved, 5.6" long Asaphid trilobite (undescribed) species collected near Taouz, Morocco. There are several partial specimens also preserved on the 10.4 x 6.6" piece of limestone. No restoration on this piece.