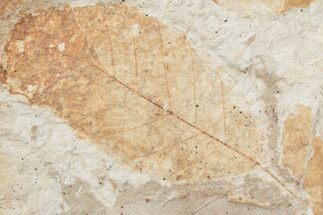 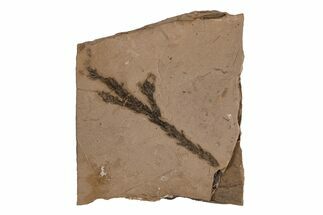 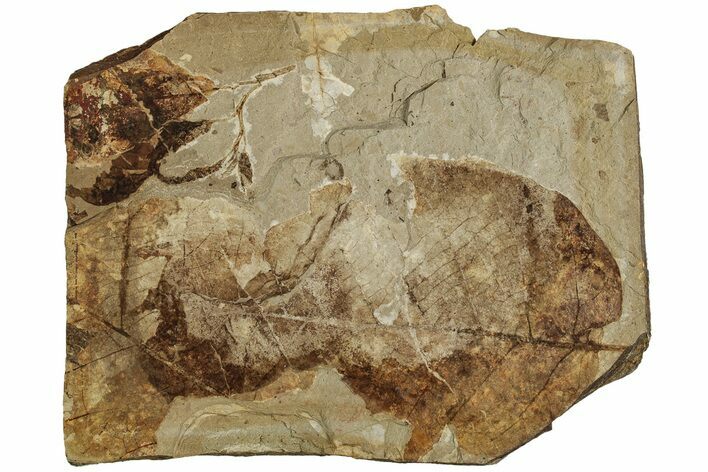 This is a 5.8" wide plate of leaf fossils from the Tranquille Shale of Cache Creek, British Columbia.

The Tranquille Shale was formed by an ancient lake where the fossils were preserved in a fine layer of silt that built up over the years as diatoms in the lake bloomed and died. In 2012 the McAbee Fossil Bed was acquired by the Canadian government and declared a Canadian Heritage Site, so no additional material will be coming to the market from the site.
SOLD
DETAILS
SPECIES
Unidentified Leaves
AGE
Middle Eocene 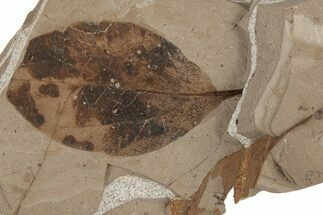 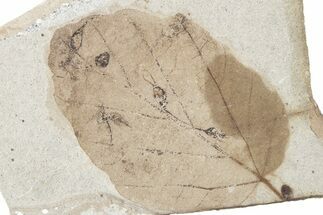 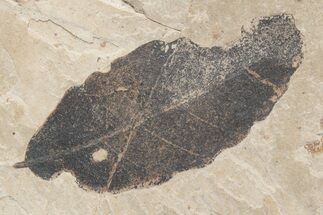 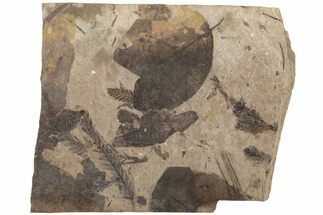