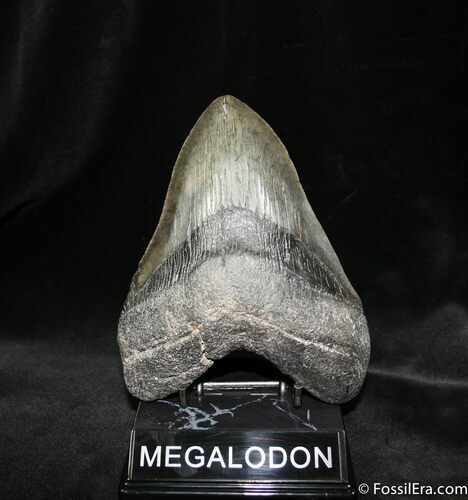 Here is a massive and all around very impressive tooth from the prehistoric mega-shark the Megalodon. It measures 5.83 inches in length is 4 1/4 inches wide and weighs in a nearly a pound. Megalodon teeth this size are rare. The blade has some very nice coloration and the tooth is very aesthetically pleasing. It comes with a custom "MEGALODON" stand to show it off.

There has been professional RESTORATION done to this tooth. Part of the left side of the root and corner enamel on that side has been restored.