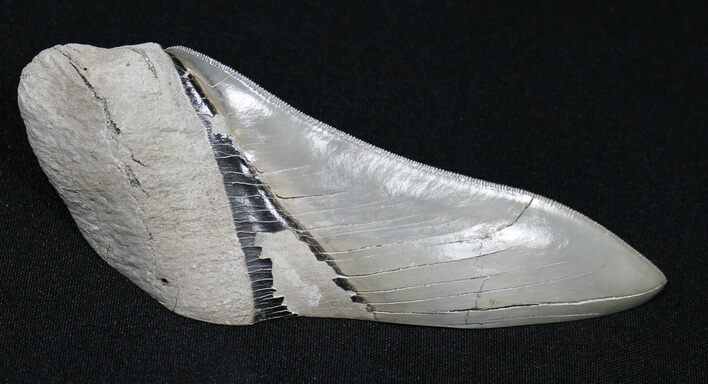 This partial Megalodon tooth is a huge at just under 6 inches in length. A tooth of this size would have come from a prehistoric, mega-shark in the 50+ foot size range. A true whale eating monster of the Miocene seas. It was collected from the Lee Creek Mine in North Carolina which produces teeth with a distinctive, light coloration. Great serrations along the edge of the blade.

The partial tooth has been cut flat one one side, so that it displays upright on a flat surface. 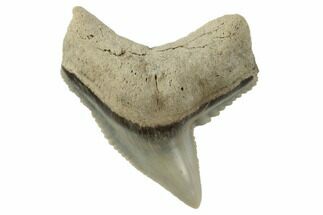 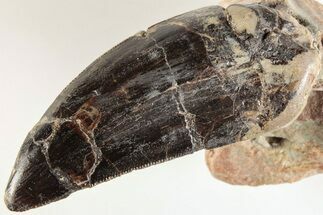 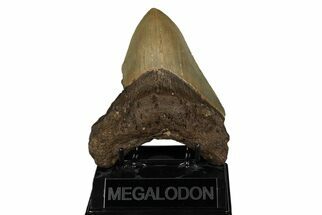 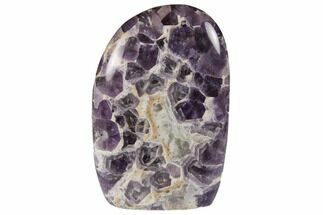 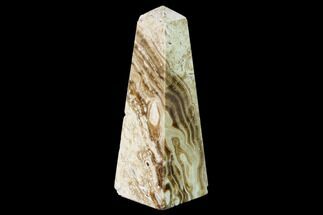