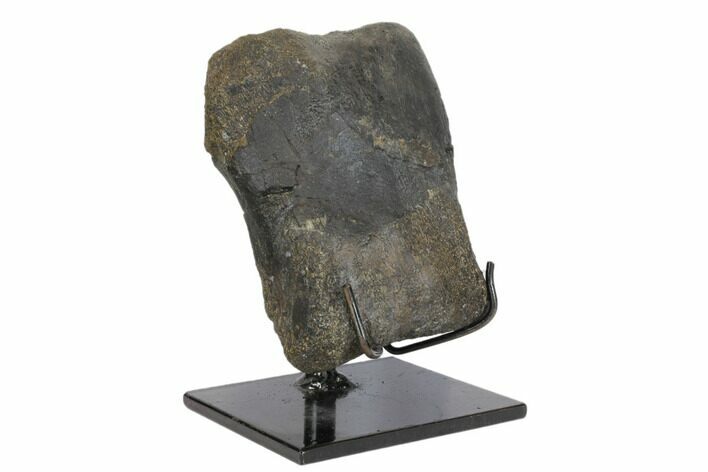 This is a 5" wide Hadrosaur phalange (toe bone) that was collected from the Two Medicine Formation of Montana. It was collected this spring. There is a repaired crack with some minor gap fill along the distal/right edge of this bone. The most significant restoration is through the middle of this bone where it was found broken in half and heavily weathered/crumbled.

It sits nicely on the provided custom metal display stand.