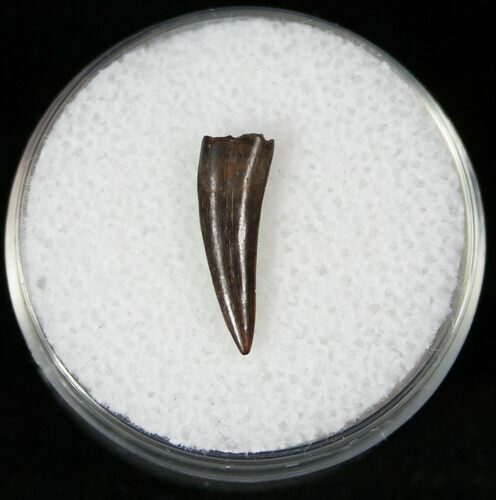 This tooth in particular shows morphology similar to that of Richardoestesia isosceles or Paronychodon. The tooth is tall with an isosceles triangle shape and low vertical ridges and more of a D shaped cross section. It is .52" long with beautiful enamel and serrations with very little feeding wear. It comes in an acrylic display case.