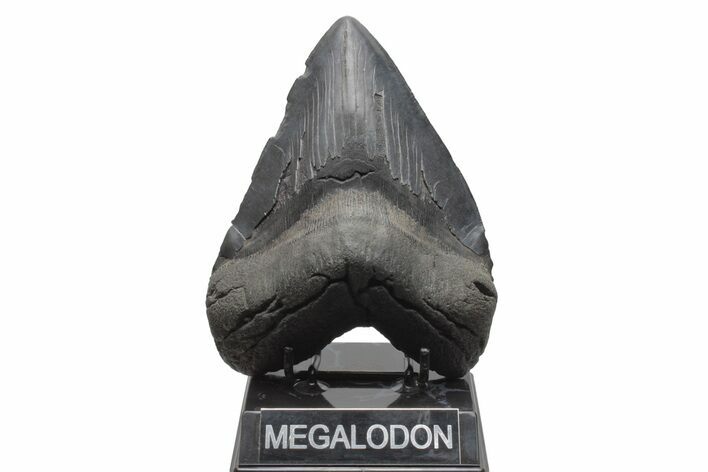 This is a giantic, 6.06" long Megalodon tooth collected from a river in South Carolina. Complete meg teeth of 6 inches are very rare, and for each 1/10th of an inch over they get exponentially more rare. This is a beast, weighing 19.4 ounces and being 4.59" wide.

Like nearly all of the meg teeth we sell there hasn't been any repair or restoration. This is a particularly robust/heavy tooth with a massive root. 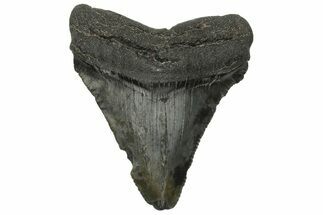 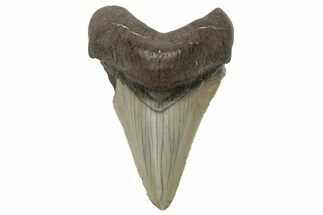