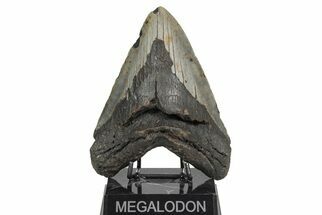 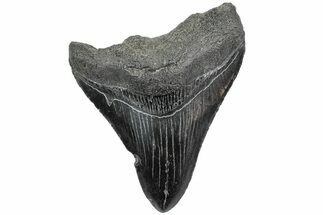 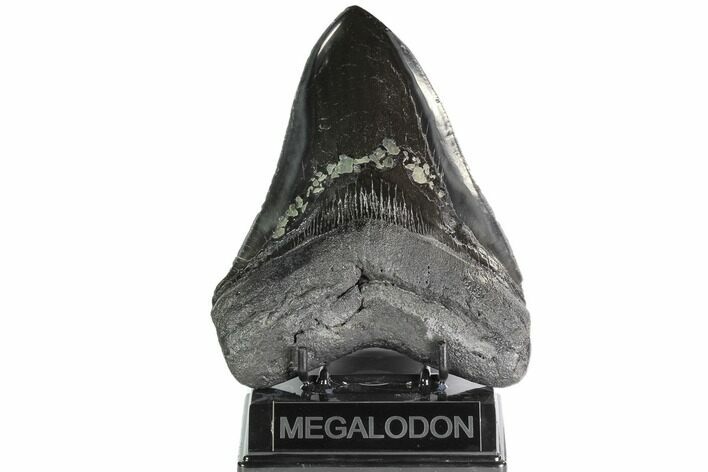 We typically don't sell restored, or heavily modified Megalodon teeth but we'll make an exception with this one. It's a MONSTER 6.23" tooth collected from the a river in South Carolina. Teeth this large are rare, and would have come from super-sized, adult sharks in excess to 50 feet in length.

The tooth had significant enamel damage when found, so it was polished and golden pyrite inlaid into some of indentations in the lower part of the blade. There is also some restoration to the very base of the root. So, I'd consider this partially a work or art as well as being an authentic fossil Megalodon tooth.

To top things off it customs with a customer "MEGALODON" stand (pictured) for display. 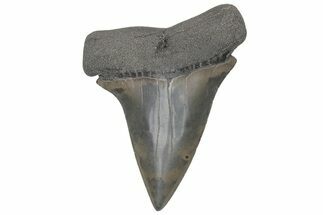 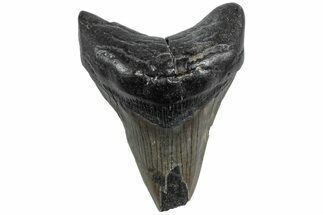 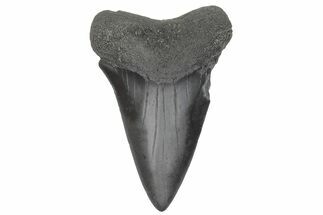 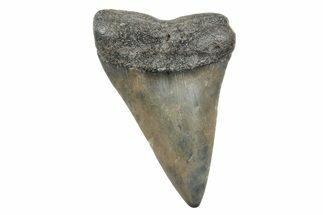