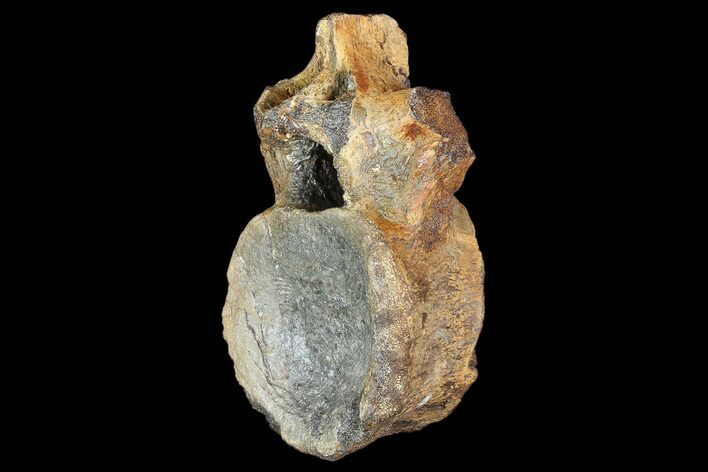 This is a rare vertebra of a British sauropod dinosaur, Duriatitan humerochristatus. It was collected from a gravel pit in Abingdon, Oxfordshire, England. The vertebra preserved beautifully, however the processes unfortunately didn't remain entirely intact. You really don't see British or European dinosaur material on the market very often. Comes with an acrylic display stand.