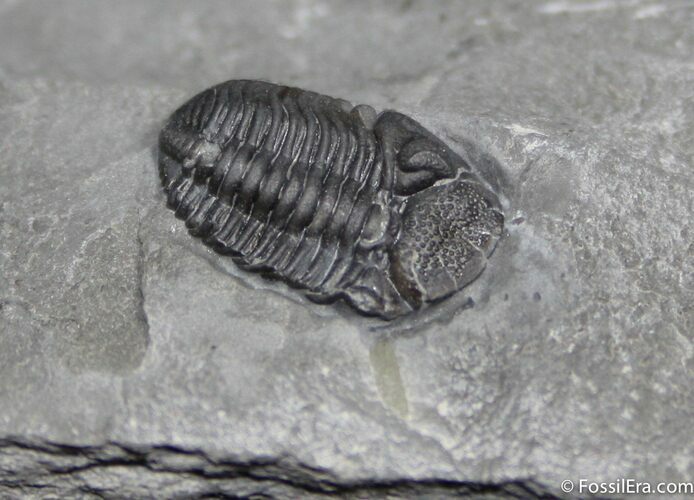 This is a beautiful perfectly prone Eldredgeops (Phacops) rana rana from the famous Penn-Dixie quarry in NY. These trilobites are tough to find layed out this nicely, probably 95% (at least) are enrolled or partially enrolled. It's pretty good size for a Penn-Dixie Eldredgeops and the preparation work in fantastic. Every trilobite collection should have a nice Eldredgeops like this from New York.