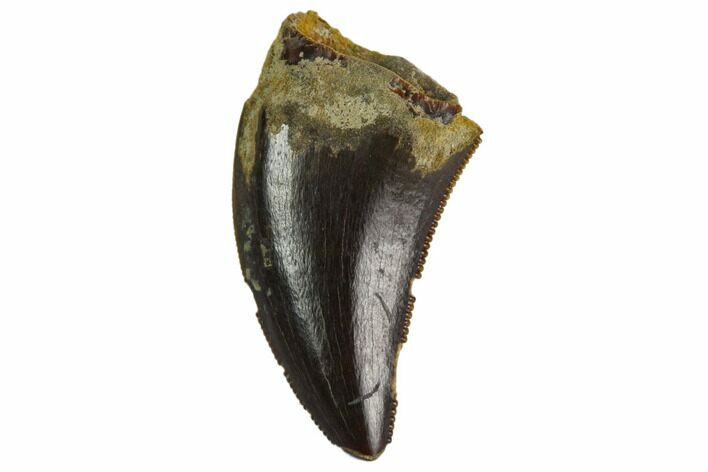 This is a .69" long theropod tooth from the Hell Creek Formation of North Dakota. It has excellent enamel and retains many of it's fine serrations. Comes in an acrylic display case.