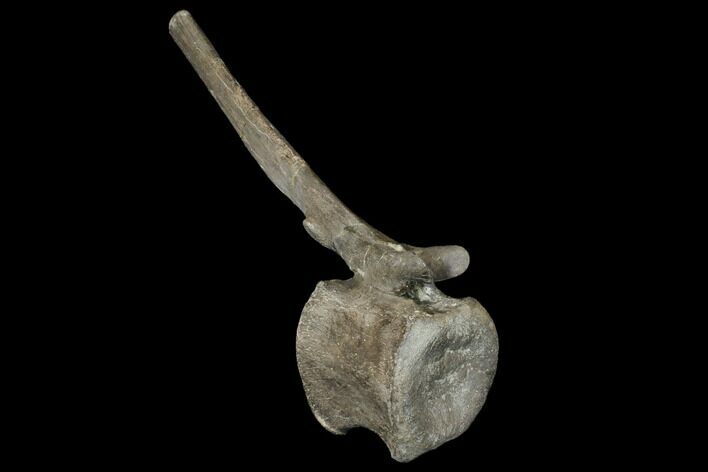 This is a solid, 7.8" long Hadrosaur (Duck-Billed Dinosaur) caudal vertebra from the Two Medicine Formation of Montana. The preservation of this vertebra is excellent with very little to no weathering. There are several repaired cracks through the process, however there is no restoration and all of the bone is from the same Hadrosaur.