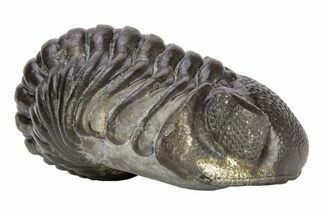 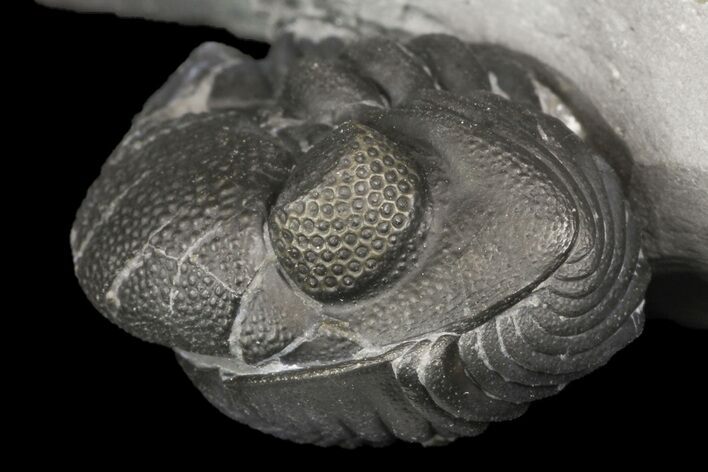 This is a .9" wide, enrolled Eldredgeops trilobite from the Windom Shale of NY. It has been prepared with air abrasives and is still partially embedded in the shale in which it was found. The base of the rock has been cut flat so that it stands up nicely without the need for a display stand. Nice eye facet preservation in this trilobite. 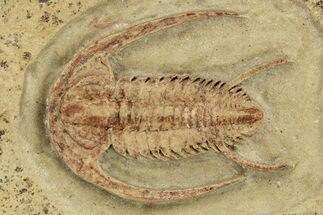 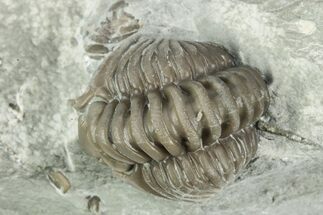 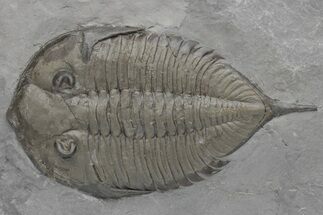