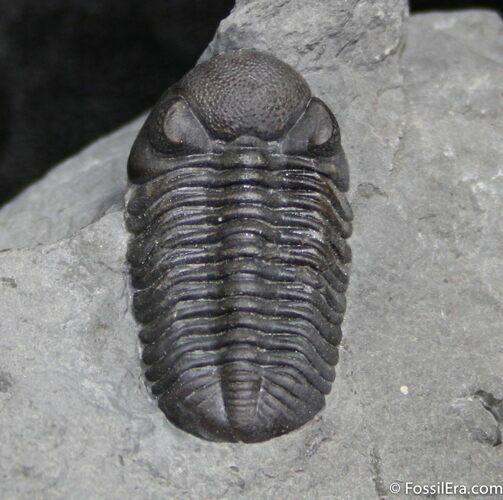 This is a beautiful perfectly prone Eldredgeops (Phacops) rana rana from the famous Penn-Dixie quarry in NY. These trilobites are tough to find layed out this nicely, probably 95% (at least) are enrolled or partially enrolled. This one has been meticulously prepared under microscope using air abrasives to expose all of the surface detail. Just check out the eye facets.\
The trilobite Eldredgeops gazed up at a vibrant oceanic world during the Age of Fish. These ancient arthropods are famous for the rich luster of their thick and well-preserved exoskeleton. The prominent shizochroal eye is an exquisite display of adaptation to the competitive life at the bottom of a sea exploding with diversity.