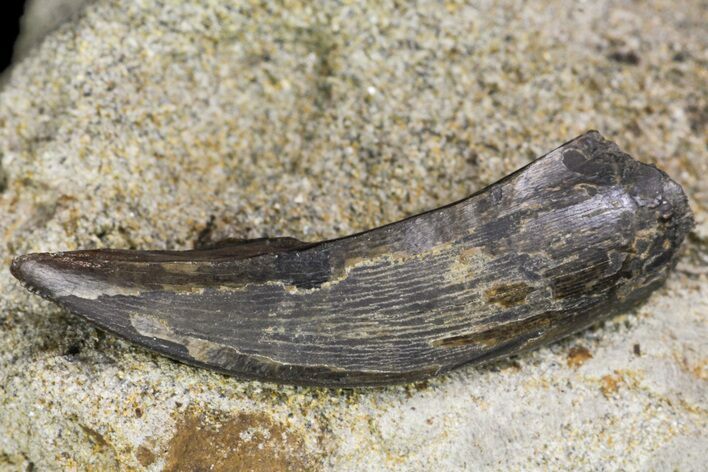 This is a partial, .96" long, theropod tooth still attached to the sandstone it was found in. It is presumably Allosaurus but is missing characteristics that would allow for a positive ID. It is split down the middle, making it basically half of a tooth.

It comes from the Morrison Formation at our partners private quarry East of Dinosaur, Colorado.