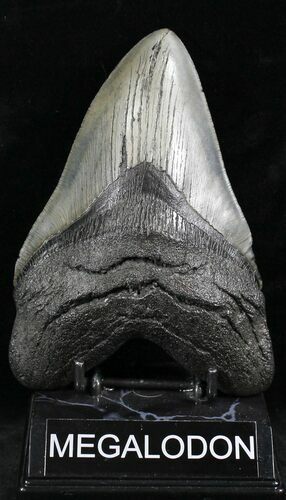 This is a huge 6.01" Megalodon tooth collected in South Carolina. This tooth would have come from an small Megalodon Shark in the 50+ foot size range. The tooth has a beautiful bluish-grey chatoyant blade, complete bourrelet, and a robust root. Teeth in excess of 6 inches are pretty rare finds.