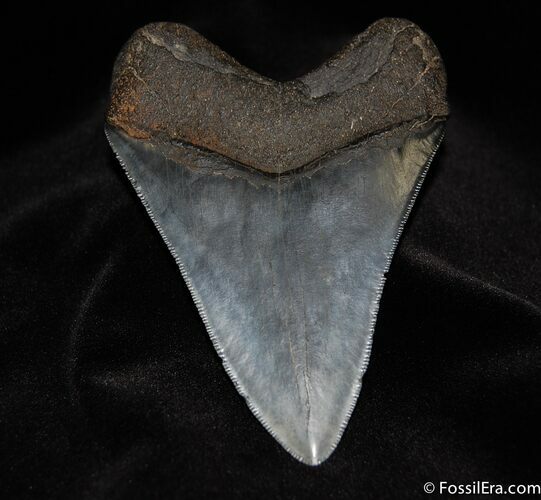 Here is an awesome 4.56 inch meg tooth from the Hawthorn formation of South Carolina. The coloration on this tooth is beautiful and it has good serrations, a nice tip, bourrelette and robust root. There is absolutely no restoration or repair on this tooth. This is a collector quality tooth and would look great in any collection.