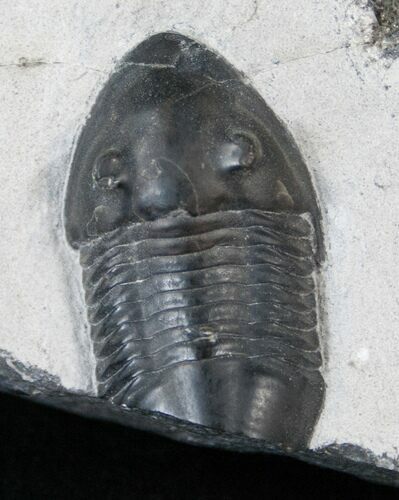 This specimen is 1.4" long and would be a bit long if the end of it tail was not running off the rock. The price is a bargain even for a partial specimen as several hours of preparation work went into it to extract if from it's hard limestone tomb.